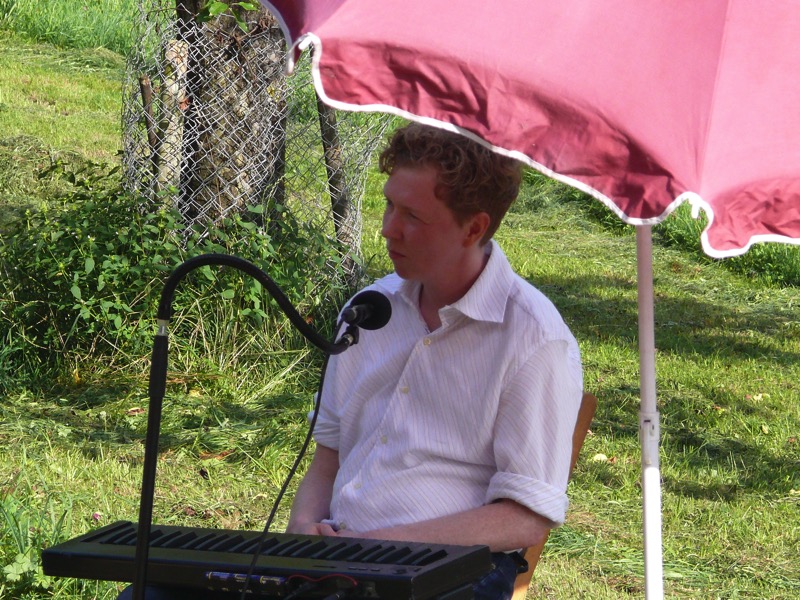 Fender Schrade is a musician, live artist and engineer. He* studied Media Engineering at the University of Applied Science in Stuttgart, Germany and has a background in concert sound engineering and music composition.

His* work explores transgender embodiment and identity in the context of larger narratives. This happens through music, performance, film, light, technical developments and live sound engineering. Fender plays with the codes of electronic instrumentalisation and is currently exploring the possibilities of modifying instruments as extensions of his body.

Within the artist collective NAF he* performs on theatre stages, in public spaces and produces installation artwork for a range of different settings. The award-winning work has been presented at Theater Rampe (Stuttgart), Sophiensaele (Berlin), Galerie für Zeitgenössische Kunst (Leipzig).

As co-producer of the Berlin based queer pop duo VOW he* performed at Volksbühne (Berlin), Rote Fabrik (Zürich) among others. VOW released their EP Summer Lightning (2013) and a 7” Cypress/the Light (2014). Further Fender composed music for the The Vegan Opera (2006), a queer performance group project.

Fender creates light- and audiovisual designs for contemporary dance performances with international touring. He* composes music for film and created the concert sound in many shows as live sound engineer.

Fender teaches workshops and seminars on sound culture, sound technology and transgender activism. He* has taught at MIT (Massachusettes Institute of Technology, Boston) and the Norwegian University of Science and Technology (Trondheim), Zurcher University of the Arts (Zürich), among others. He was invited to speak on Conferences at Tate Modern (London), Haus der elektronischen Künste (Basel), University of Gothenburg, Club Transmediale (Berlin).